Trains, planes and automobiles: sex on the go

This isn’t my first time traveling with some of them, and stories of prior road trips together start coming out. My friend Daniel tells the story of one trip we took together a few years ago where, not even fifteen minutes after leaving Paris, I already had pulled a couple of sex toys out of my bag and started using them on myself and our lovely travel companion.

While traveling to Japan, Patrice’s girlfriend unexpectedly went down on him while he was playing with his camera, making last minute adjustments to his settings before landing. He said that he was so taken aback that he allowed her to continue for a few moments before realizing that there could be serious repercussions.

Of course, I have lots of stories of my own. The time an intercity train stopped to throw me and my lover off between stops because I was giving them head (the wagon was empty, we were surely caught on video). Another train trip when a kinky young man offered me a coffee and we finished in the bathroom. I got hot and heavy with a beautiful brunette on a boat. I’ve masturbated on an airplane countless times and who knows how often I’ve gotten down and dirty on the highway…

So why is it that we’re so drawn to sex-on-the-go? Is it due to our busy lifestyles, that we so rarely slow down that sex in vehicles is so popular? Is it because many of us like the possibility of getting caught? Is it the movement of the vehicle that vibrates our most intimate parts and gets us riled up? Who knows, but don’t be surprised if one day you’re on a plane and you see me coming out of the bathroom with my hair a bit messy, my eyes twinkling, and a little smile tugging on the corners of my mouth. 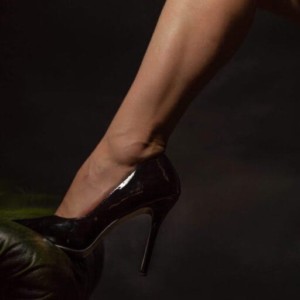